Lifecycle of the Trout (Salmo Trutta)

A simplified brown trout (Salmon trutta) lifecycle diagram is provided below, with many variations on this basic pattern seen in the wild.

The lifecycle of the trout (from Environment Agency, 1996) 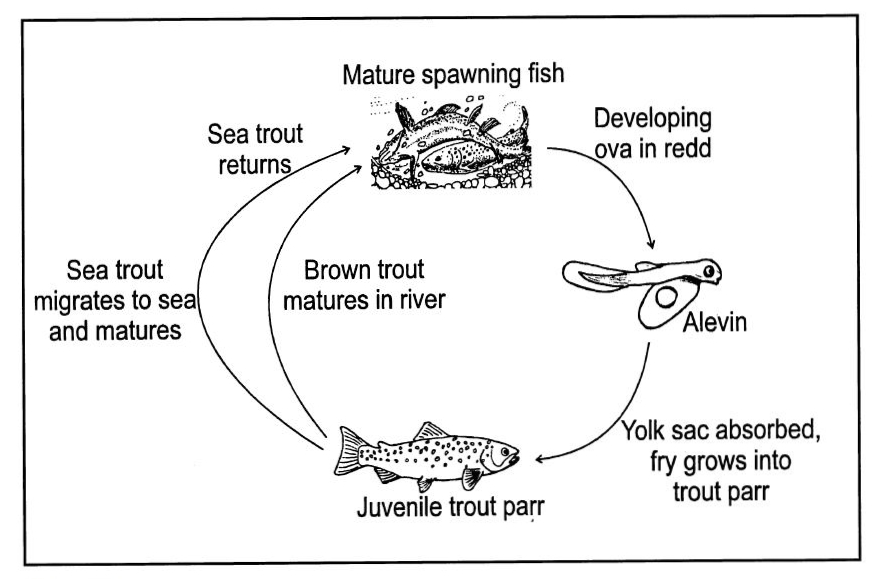 Trout generally spawn in late autumn, the exact timing varying according to location with the earliest in the more northern and upland areas. The eggs are buried in ‘redds ‘ or nests in the gravel where they develop at a rate dictated by ambient temperature. The number of eggs per female varies with her size.

The eggs hatch as ‘alevins’ in early spring and still have a ‘yolk sac’. They remain in the gravel until their yolk is used up before emerging from the gravel as ‘swim up fry’ and beginning to feed. Mortalities at this stage can be high if conditions in the gravel are not suitable; however good conditions will lead to negligible mortalities.

Fry are considered to be those under a year old, with parr being those over a year old. Very high mortalities generally occur during the first few weeks of post emergence life, with survival rates generally increasing as parr get older. The parr stage lasts until a trout either matures in freshwater or migrates to the sea as a ‘smolt’.

Variations in Life History of Trout

The life history of trout is essentially consistent during the juvenile stages. However, a great deal of variation is possible after that. Trout can be split into those that remain in fresh water as ‘brown trout’ and those that become ‘sea trout’. It should however be noted that there is a high degree of variation even within these two categories.

Freshwater resident ‘brown’ trout adopt a wide range of life histories. Some may spend their lives within the confines of a small stream, others may migrate long distances within freshwater, either upstream or downstream. Some may spend their entire lives in loch as either generalist or specialist feeders. Because of these differences in life histories the growth rates, survival rates, age at maturity and longevity of brown trout can vary considerably. Females are thought to mature as early as two years old, can spawn on an annual basis after that. Large loch dwelling piscivorous ferox trout have been aged in access of 20 years old. 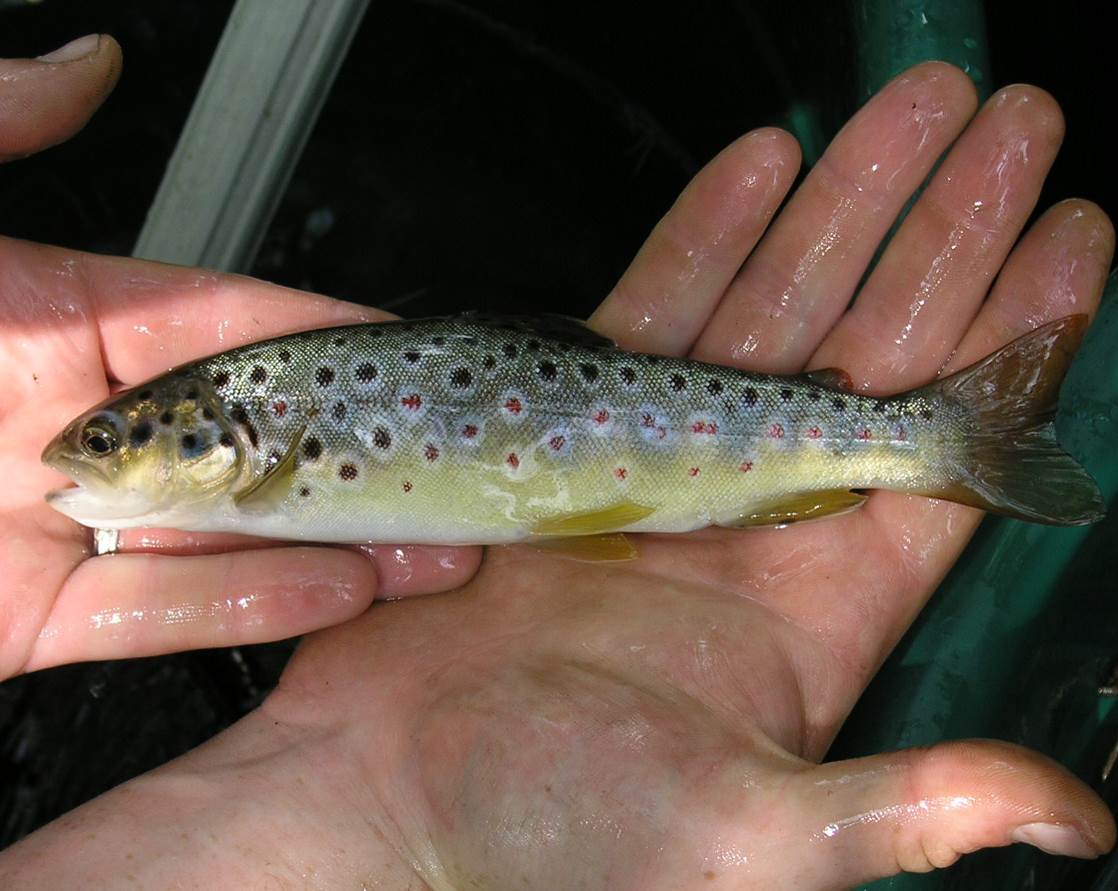 These are trout that go through the physiological changes associated with smoltification, become tolerant of saltwater and migrate to the sea. Scottish sea trout commonly become smolts at 2 or 3 years of age. On reaching the marine environment they adopt varying strategies. Some known as ‘finnock’ return to freshwater during the first winter (some mature and other immature). These fish then return to sea in the spring and return again as adults to spawn the following winter. Other sea trout remain at sea over their first winter, return to freshwater on their first spawning migration.

It is thought that in general sea trout make relatively local marine migrations, staying within approximately 200 metres of the shore. More recent research as part of the Living North Sea project has shown that some populations undertake longer migrations, with genetic analysis showing that fish from the Tweed and Northumbrian rivers can travel much longer distances south and even eastwards to Denmark. It is thought that the latter fish are more likely to return as large two sea winter fish.

Sea trout in Scotland most commonly return to spawn in freshwater by their second winter at sea. However, some spend two winters at sea as has been found through the analysis of scales from large Tweed sea trout. Some populations comprise of significant numbers of repeat spawning fish, with an individual Scottish fish found to be over 18 years old. 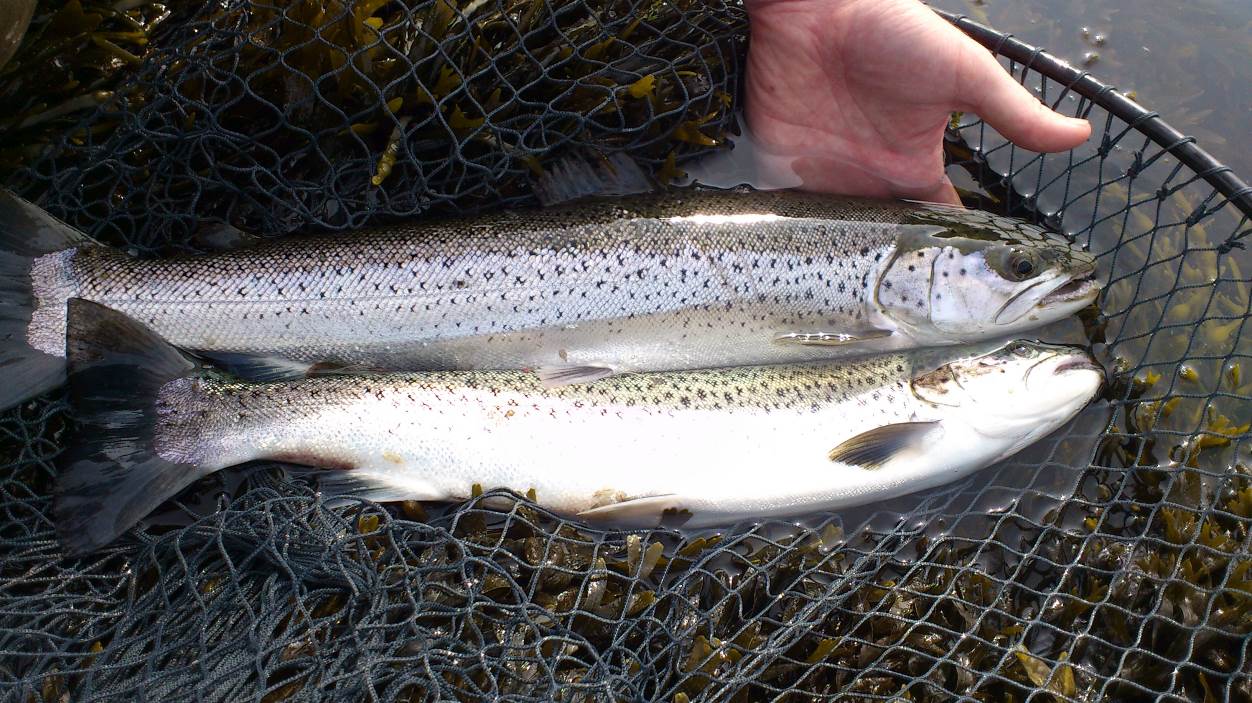 Reasons for Variation in Life History

Variations in life history are thought to be due to a combination of genetic and environmental factors. It has been widely reported that males tend to remain in freshwater as brown trout with females migrating to the sea.

Despite the fact that both sea trout and brown trout may migrate considerable distances, in general they tend to home back to their natal streams at spawning time. Sea trout may arrive in freshwater many months before spawning. They will wait in the relative safety of deep pools in the river or lochs before making a secondary migration to their natal tributaries immediately prior to spawning.