The Ness catchment is the largest in the North Highlands and drains approximately 2000 square kilometres of land. The upper reaches of the Ness catchment extend almost to the west coast close to Loch Hourn and Loch Nevis.  The land drains East & North through the Great Glen before entering the sea in the Moray Firth at Inverness. For management purposes the district can be sub-divided into seven management units. 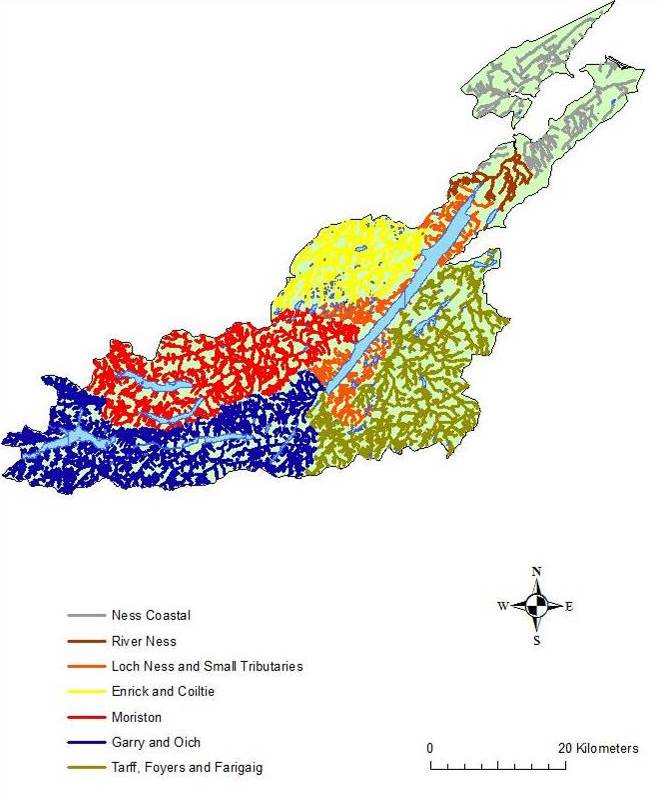 Some features of this map are based on digital spatial data licensed from the Centre for Ecology and Hydrology, © CEH. Includes material based on Ordnance Survey 1:50,000 maps with the permission of the controller of Her Majesty’s Stationery Office © Crown copyright.

Each of these management units is described in further detail below:

The rivers draining from the north of the Great Glen Rift Fault tend to be less steep in nature than those flowing from south of the fault. The highest altitude areas in the Ness catchment are to the north of Loch Quoich (Garry sub-catchment) and Loch Cluanie (Moriston sub-catchment) with some peaks in excess of 900m.

A description of the geology of the ness catchment can broadly be split into two, namely those areas north and those areas south of the Great Glen Fault. To the north the rocks are largely Monian in nature consisting of granulites, schists and gneisses. However, there are also substantial areas of Old Red Sandstone, particularly between Invermoriston and Urquhart Bay and on the south shore of Loch Ness. To the south bedrock geology is dominated by large granatic intrusions and Monian rocks. The River Ness area is dominated by Old Red Sandstone.

The rivers draining from the north of the Great Glen Rift Fault tend to be less steep in nature than those flowing from south of the fault. The highest altitude areas in the Ness catchment are to the north of Loch Quoich (Garry sub-catchment) and Loch Cluanie (Moriston sub-catchment) with some peaks in excess of 900m.

In addition to the above the Caledonian Canal intersects the Ness system at various points. The canal runs some 60 miles (97 km) from northeast to southwest. Only one third of the entire length is man-made, the rest being formed by Loch Dochfour, Loch Ness, Loch Oich and Loch Lochy (in the neighbouring catchment). 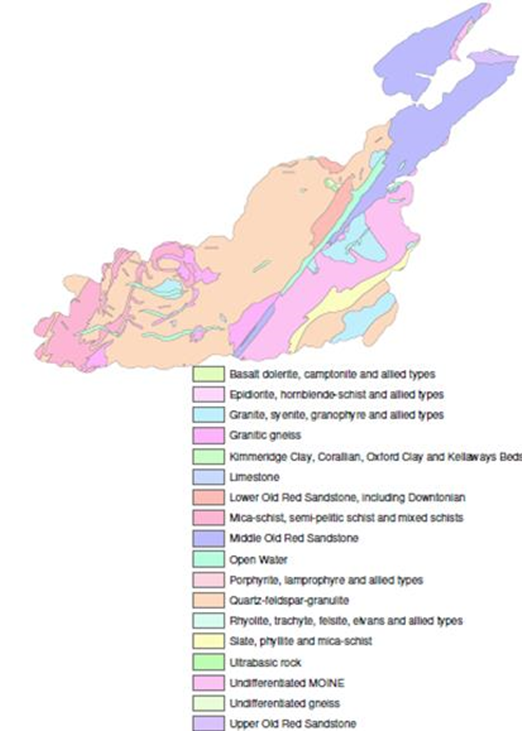 The soils found along the River Ness valley are predominately humus iron podzols with some gleys suitable for arable and permanent pasture. The upland areas of the catchment give rise to run-off with a low mineral and high organic content. Such areas tend to have higher acidity compared to area draining sandstone, for example. 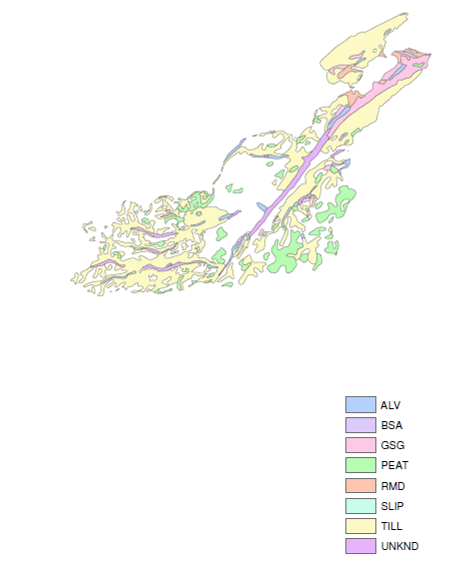 The table below represents a summary of data currently available from the National River Flow Archive. It should be noted that all river flows listed, with the exception of the Enrick and Coiltie are altered to a greater or lesser extent by hydro-electric regulation. Water quality within the catchment would appear largely to be good.

Land use within the Ness catchment is dominated by sporting estates (mostly deer stalking), rough grazing for cattle and sheep and both commercial timber forestry and native woodland. Arable agriculture is restricted largely to the lowland areas and in particular the coastal region.

Land use in the Ness catchment 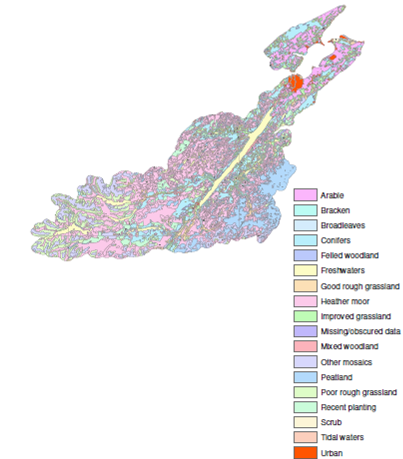 Major urban conurbations such as Inverness are found largely in the coastal district. Other settlements tend to be relatively small in nature and are usually located in the lower reaches of rivers e.g. Fort Augustus, Invergarry and Drumnadrochit.

The catchment contains large tracts of forestry including areas utilising commercial species and areas of species with a high conservation value (e.g. alluvial alder in Glen Urquhart Bay). Ownership of forestry areas is diverse and includes both the public and private sector. Indications from Forestry Commission Scotland suggest that some areas utilised for commercial tree species e.g. sitka spruce may well be planted with native species once the current harvesting cycle has been completed.

The Ness catchment has been the subject of extensive hydro-electric schemes, a process which began with a small scheme in Fort Augustus in c1890 and which is continuing to the present day with the completion of the Glen Doe scheme. Several new smaller micro-hydro schemes are under construction. Of particular importance in respect of the salmon populations of the Ness system are the effects of the Glen Garry and Glen Moriston schemes. Overall, hydro-electric development either directly or indirectly affects a considerable proportion of the Ness catchment.