2014 saw the introduction of a comprehensive salmon scale sampling and ageing programme on the Ness Catchment. The ageing of fish is an important fisheries management tool. It allows growth rates to be calculated, estimates of annual survival to be made and strong and weak year-classes of fish to be identified. Physiological changes such as maturation or smoltification can also be seen in salmon.

Many of the skeletal structures of fish exhibit growth rings; scales are usually chosen because they can be sampled without sacrificing the fish. Bands of individual lines known as ‘circuli’ radiate out from the centre of the scale, the ‘Focus’. When the scales are attached to the fish they are held in pockets. The circuli are formed as the scale pushes against the dermis and the pressure forms ridges on the scale which then become calcified.

Basic markings and structure of a generalised fish scale 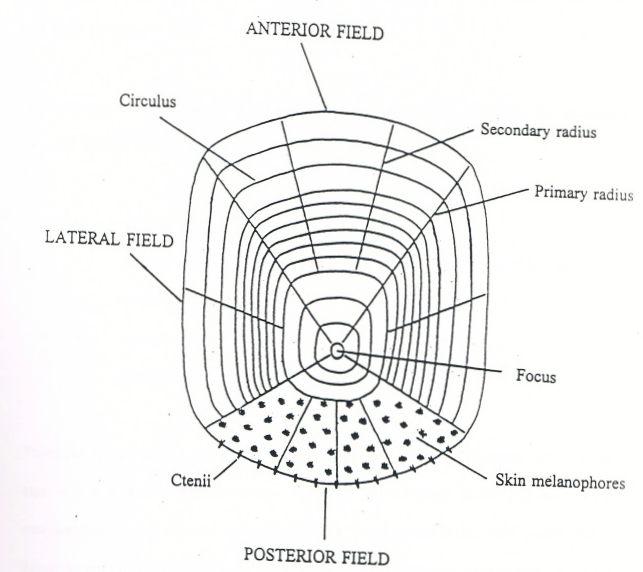 During the summer months the fish grows quickly. In the colder months growth slows down and the circuli form closer together. When the fish begins to grow again a new ridge is formed which ‘cuts across’ the incomplete circuli. This region is known as an annual ‘check’ or ‘annuli’, the number of which can be used to determine the age of the fish. 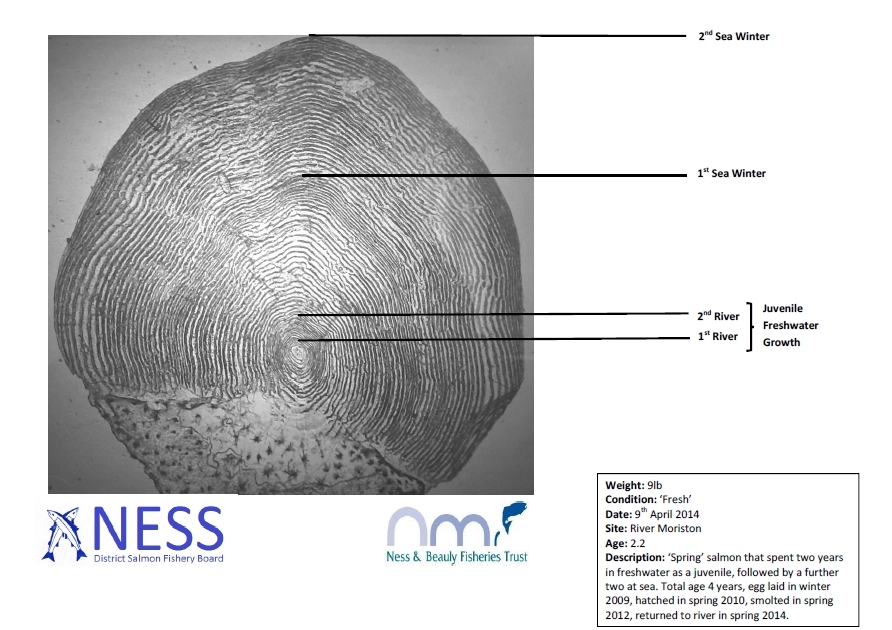 Samples had been submitted from a total of 75 adult salmon captured across the Ness system during the 2014 season. A proportion of these were photographed and annotated images shared with the angler who caught the fish. All ages have been validated by an independent expert and the results will be published in the ‘2014 Ness System Scale Sampling Programme’ report.