The structure at Culburnie is the apron of a former bridge which carried a single track road, dating back to at least the 1800s. The bridge is no longer present and was believed to have been demolished following a realignment of the road and construction of new bridge in the late 1970s or early 1980s. 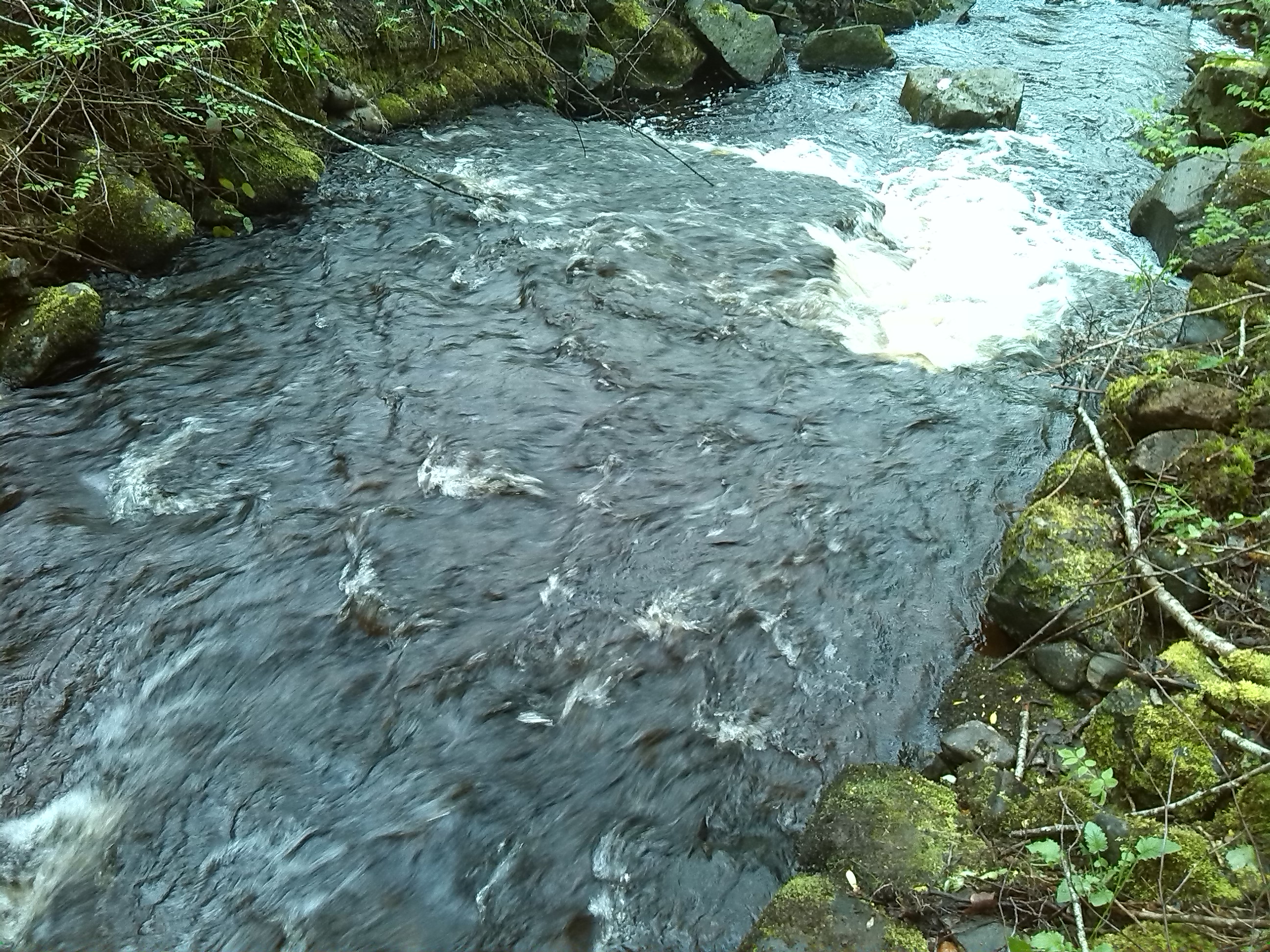 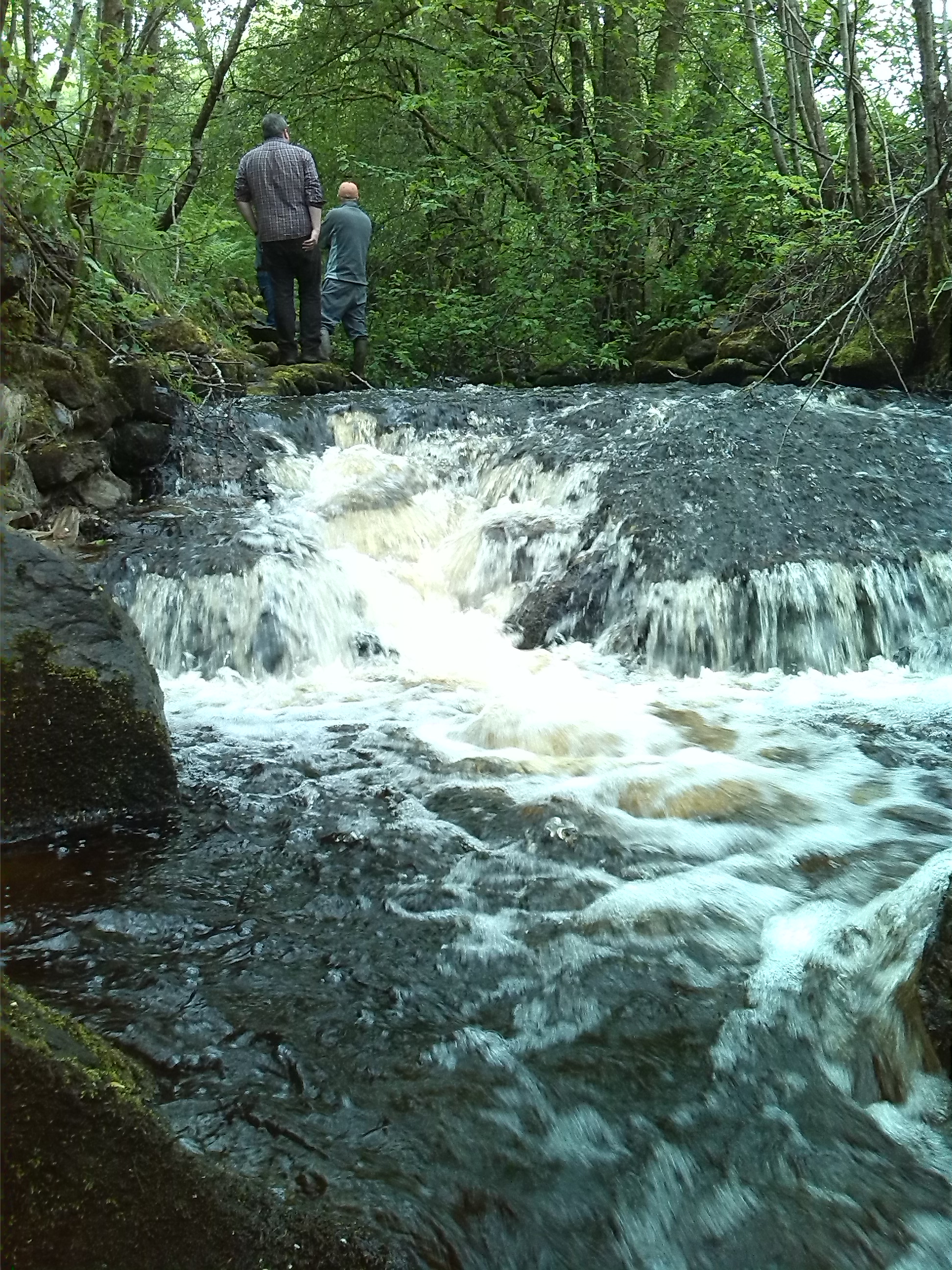 The bridge apron is located on the Culburnie Burn (also known as Teanacoil Burn and Allt an Loin), a tributary of the River Beauly which provides an important spawning and nursery area for salmon and sea trout. The apron is approximately 5.5m in length with a gradient of 1:10 and a vertical drop of 0.64m at the end of the apron. The results of electro-fishing surveys indicate that the barrier is impassable to migratory salmonids. The barrier drives the WFD water body classification (currently poor status).

In 2012 EnviroCentre Ltd was commissioned by the Rivers & Fisheries Trusts of Scotland (RAFTS) and the Scottish Environment Protection Agency (SEPA) to undertake a scoping assessment for the easement of the structure. This fell under the umbrella of the ‘Scottish Fish Barrier Assessment and Easement/Removal Programme, Pan Scotland engineering assessment of barriers: III’. RAFTS and its member trusts are working with SEPA to facilitate fish passage at a range of sites across Scotland. This work is being supported by the Water Environment Fund (WEF), assisted by other support provided by RAFTS, member trusts and other stakeholders involved with specific sites.

The Contractor MacDonald Plant Ltd was appointed for the easement works in July 2014. They worked with staff from the Ness and Beauly Fisheries Trust to develop detailed design drawings and a method statement.

Design drawings for works to ease the bridge apron at Culburnie 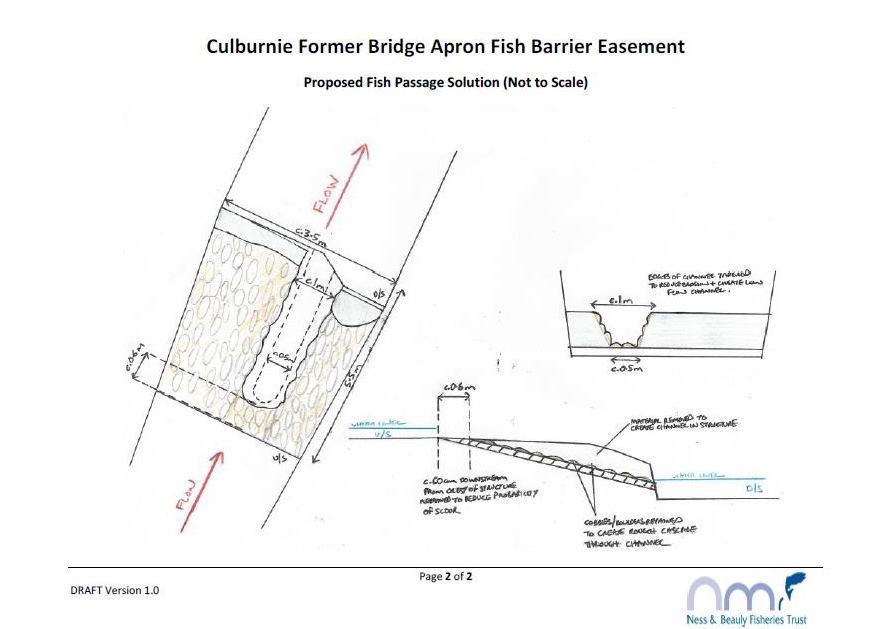 The onsite works commenced on the 1st September 2014. Given the relative inaccessibility of the site and to minimise bankside disturbance, a 50 tonne crane was used to lower a mini digger through the tree canopy and into the river channel. 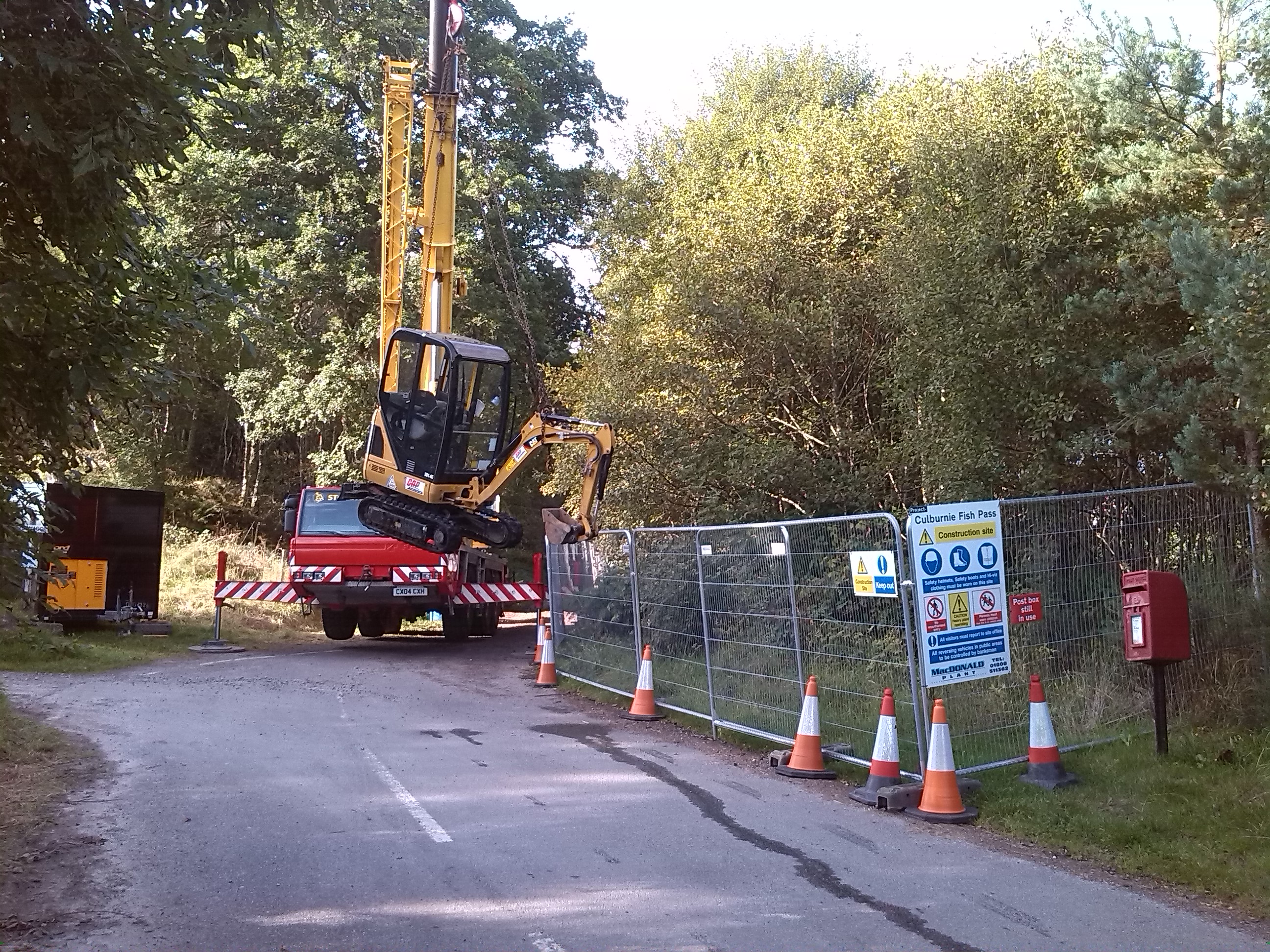 The digger and all waste materials were craned out following completion of the works, leaving no ‘footprints’. The works went very smoothly and were officially signed off on the 11th September 2014.

A ‘naturalised’ fish pass channel has been created through the structure. He hope that this will facilitate the passage of both juvenile and adult salmon and sea trout to an extra 4km of pristine spawning and nursery habitat. The area upstream of the pass will be monitored over the coming years to see whether the works have resulted in an increase in the numbers of juvenile salmon and trout. 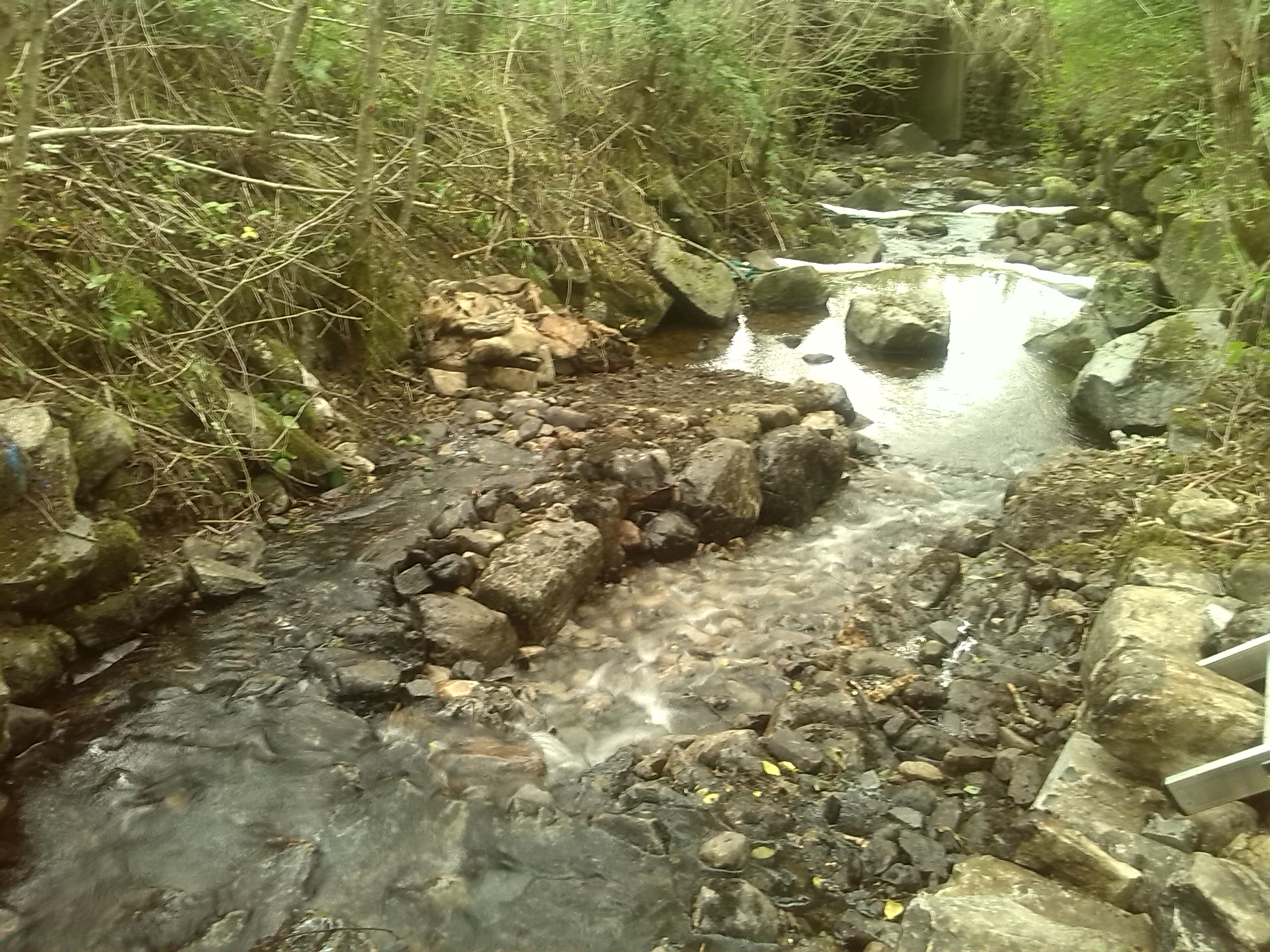 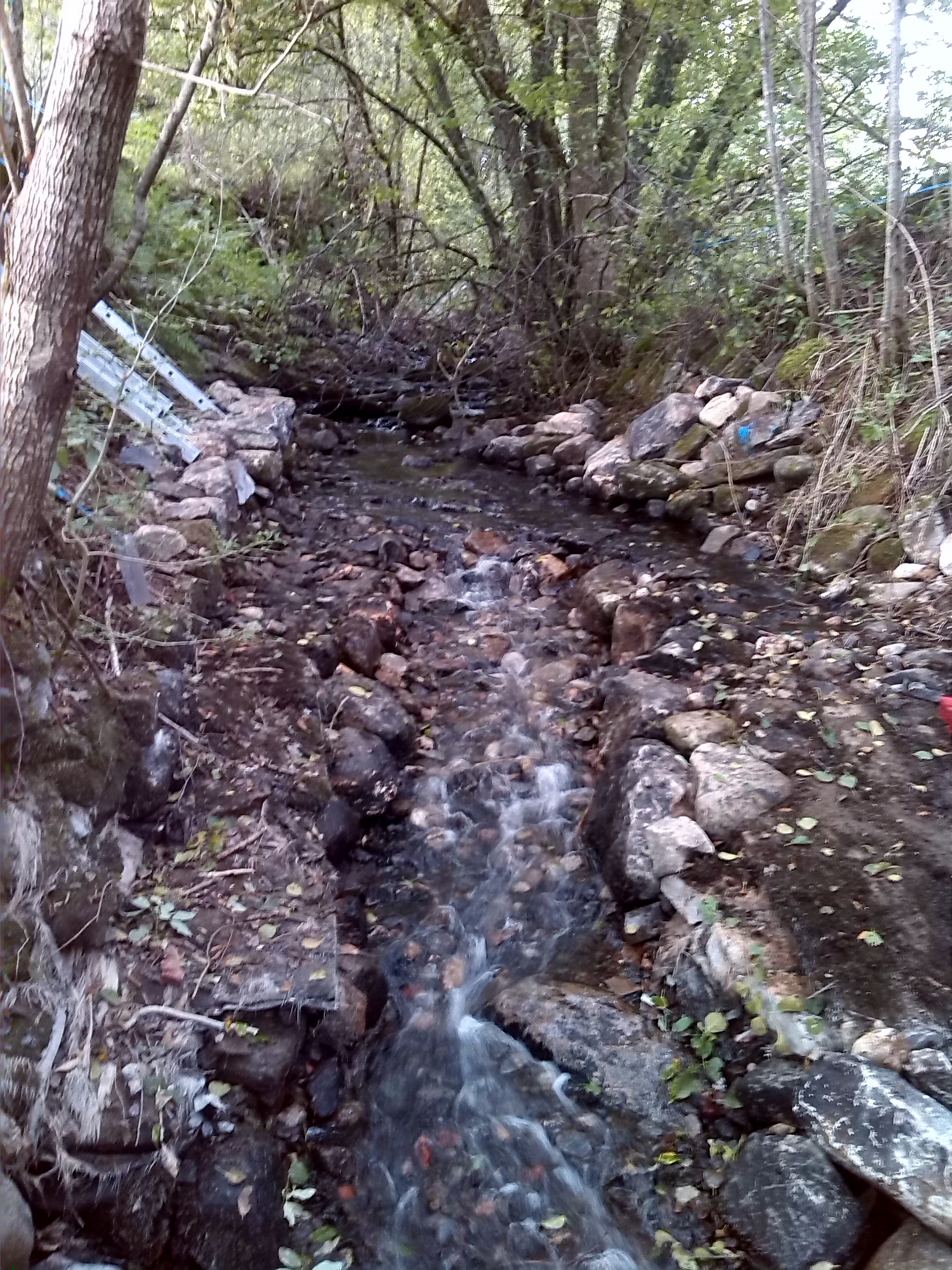