On the 13th August 2014 the Ness and Beauly Fisheries Trust worked in partnership with the Ness District Salmon Fishery Board, Moray Firth Trout Initiative, Moray Firth Partnership and Kincurdie Net Fishery to sweep net for salmon and sea trout at Rosemarkie Beach on the Black Isle. 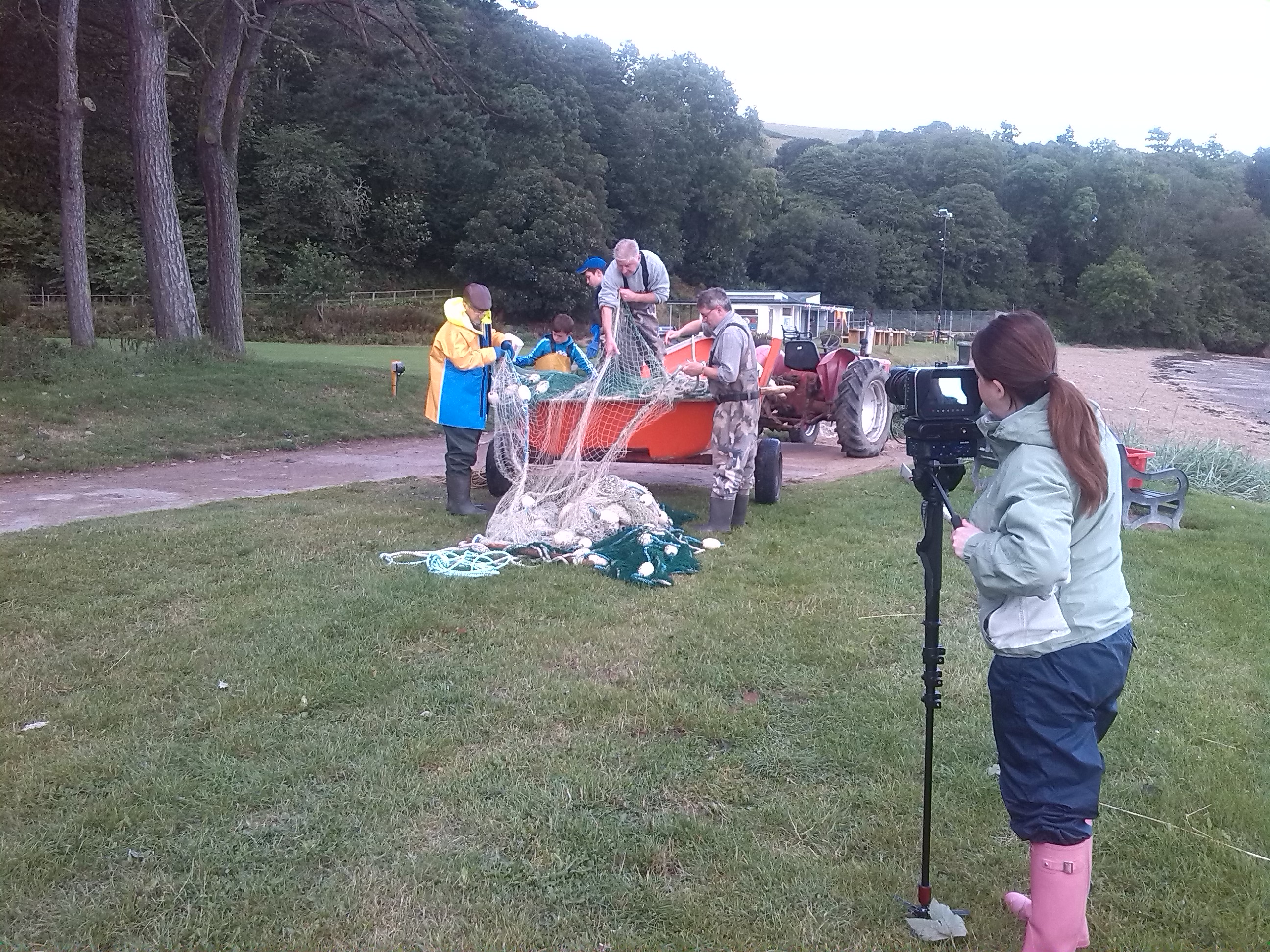 A salmon conservation agreement is currently in place between the Kincurdie Fishery (together with the Longman Fishery) and the Ness Fishery Board. This means that the netting station will not be operated until May 2015, unless for specific research and monitoring purposes agreed in advance by the Board.

The key purpose the operation was to capture, tag and release fish in an attempt to further our understanding of salmon and sea trout movements within the Firth. This relies on a proportion of the tagged fish subsequently being recaptured by anglers in nearby rivers. The Moray Firth Partnership also took the opportunity to film the netting operation from a cultural heritage perspective.

Despite a significant effort by all and numerous shots of the net, only one fish was captured on the day. The 4.75lb male grilse was anesthetised before being measured, weighed and tagged with an external anchor tag carrying a unique code number. A scale sample was taken so that the age of the fish can be determined. A sea lice count was also carried out and a DNA sample taken so that attempts can be made to assign the fish to its natal river. The fish was then revived before being returned alive and well to the Firth. 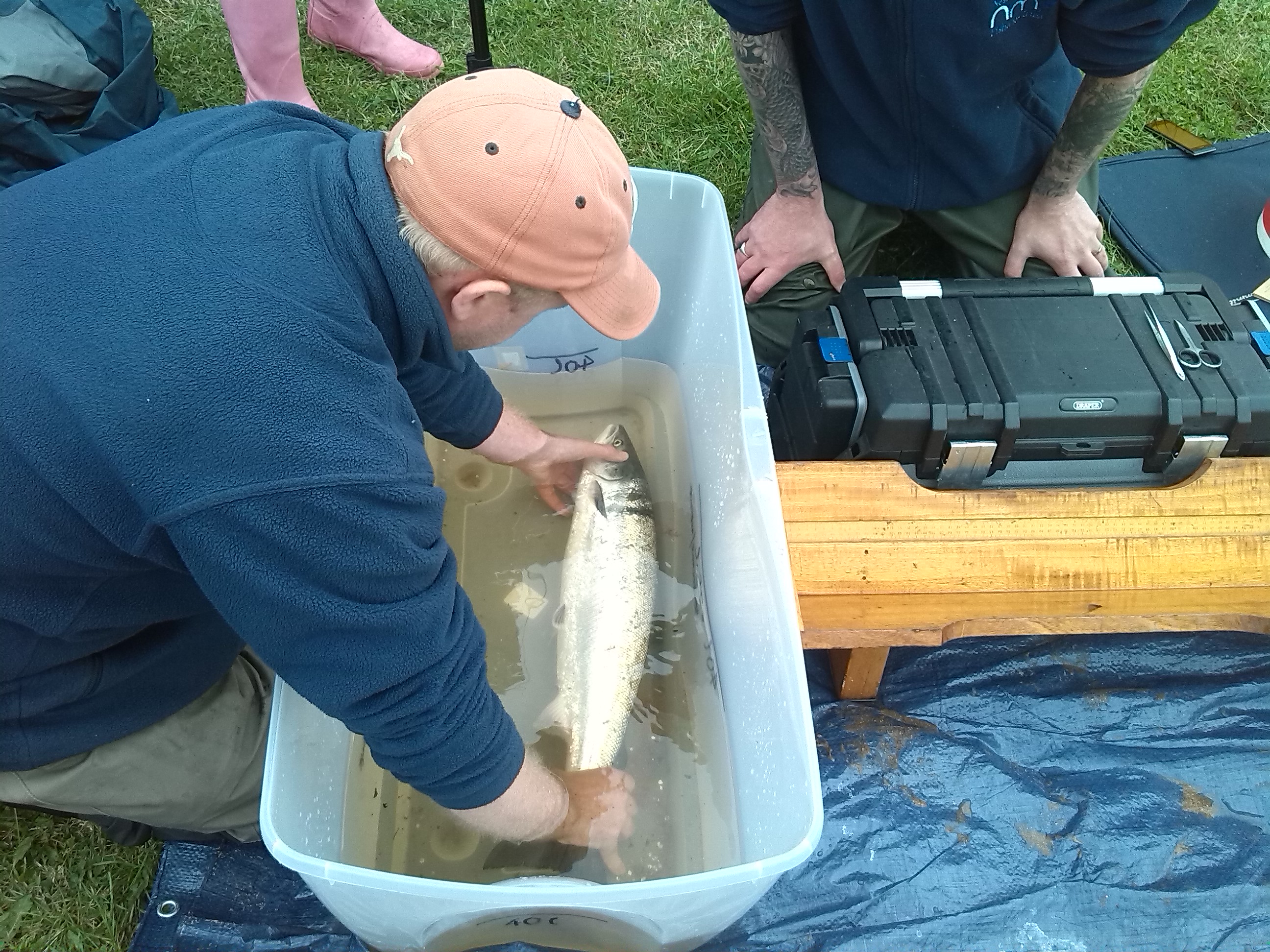 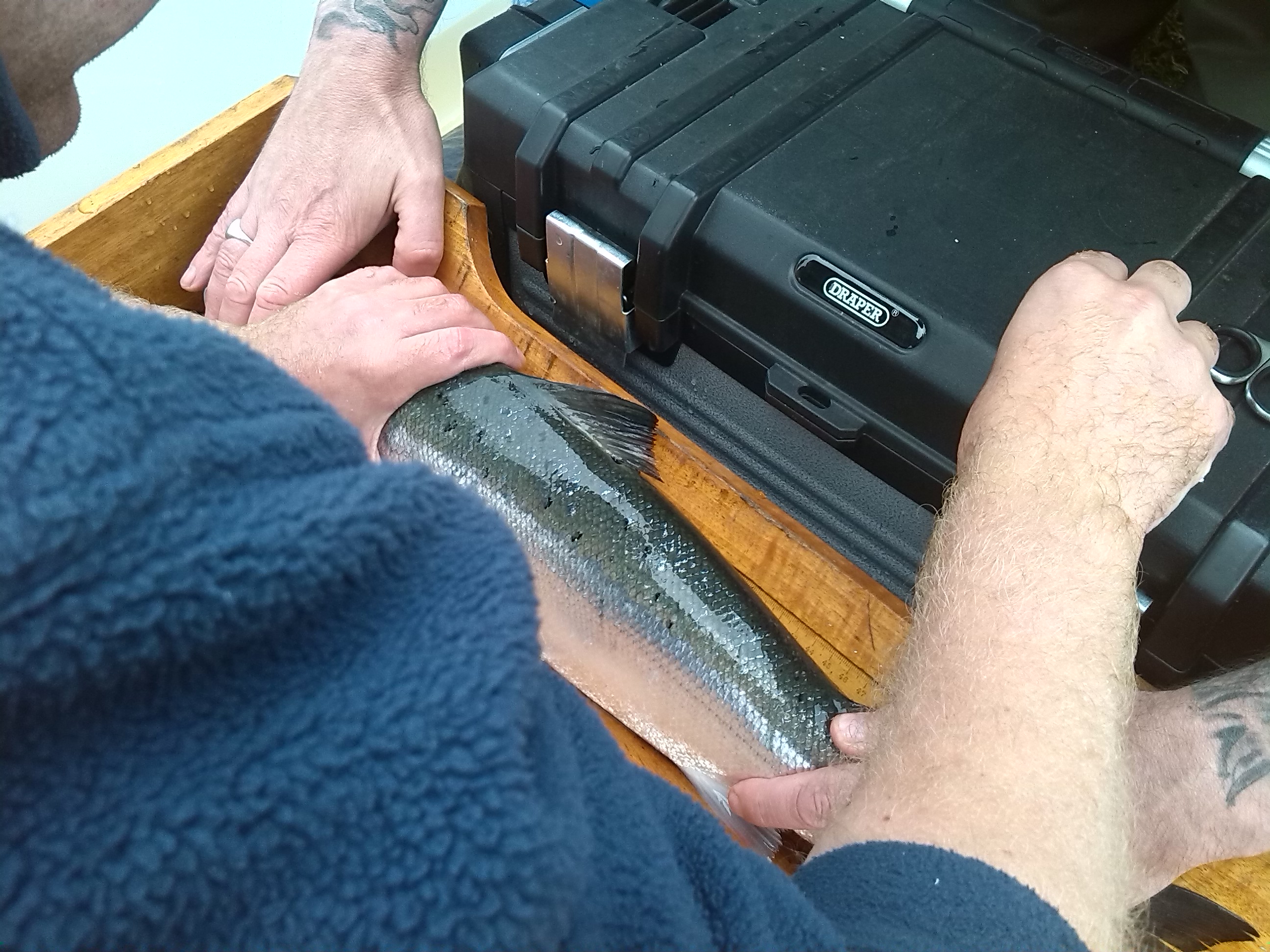 Although employed in other parts of Scotland, this sampling technique is new to the Ness District. Overall the operation ran very smoothly, with the small sample size owing more to a distinct lack of fish than anything else. We look forward to further developing joint monitoring opportunities with the nets men in the future.

In the meantime, if you catch a tagged fish please note down the unique serial number and colour of the tag and report it to the Ness and Beauly Fisheries Trust on 01463 783505.