Recent genetic analysis of salmon populations in other rivers has indicated that river stocks may be structured on fine scale into multiple distinct breeding populations.

For example, salmon breeding above and below waterfalls or other natural features may often be heritably different in ways that affect their behaviour, survival and reproductive success. This can be true of neighbouring tributary populations and key to allowing each to cope with particular environmental conditions than the other.

Therefore intermixing of the populations may not be desirable. In large rivers many different populations can potentially exist and an understanding of this population structure is essential for the development of effective stock conservation and management programmes.

The ‘Focusing Atlantic Salmon Management on Populations (FASMOP)’ project was a partnership between the Rivers and Fisheries Trusts of Scotland (RAFTS), Fisheries Research Services (FRS) Freshwater Laboratory and individual District Salmon Fishery Boards (DSFB) and Fisheries Trusts. It combined the financial, management and staff resources of Fisheries Trusts and DSFBs with the scientific and technical genetic analysis expertise and facilities of FRS.

It collected and analysed a databank of tissue samples from river catchments across the length and breadth of Scotland. This included genetic information from juvenile Atlantic salmon sampled from 17 sites across the Ness & Beauly Fisheries Trust area. 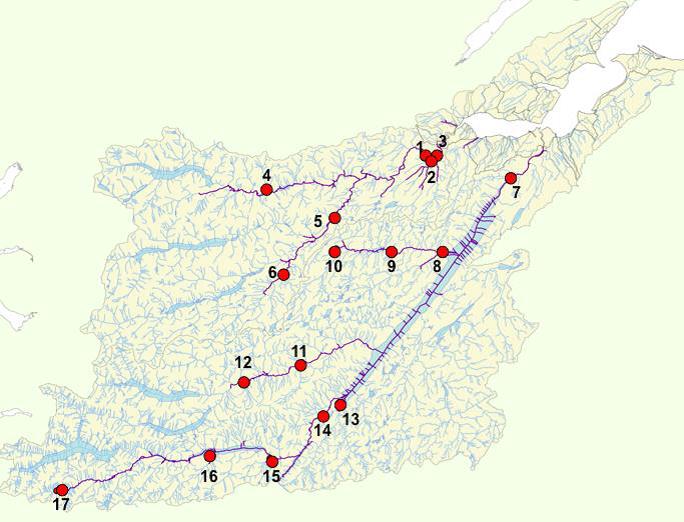 The key objective for the Trust was to define the genetic structure of the locations under investigation, to determine whether salmon in the area represent distinct breeding populations. This would in turn help inform developing fisheries management activities.

The analysis showed that, most sites exhibited moderate to strong genetic differences from one another indicating substantial genetic structuring among these sites.

Geographic representation of the relationships among sites, locations with the same colour were found to be more genetically similar to each other and belong in the same ‘cluster’ 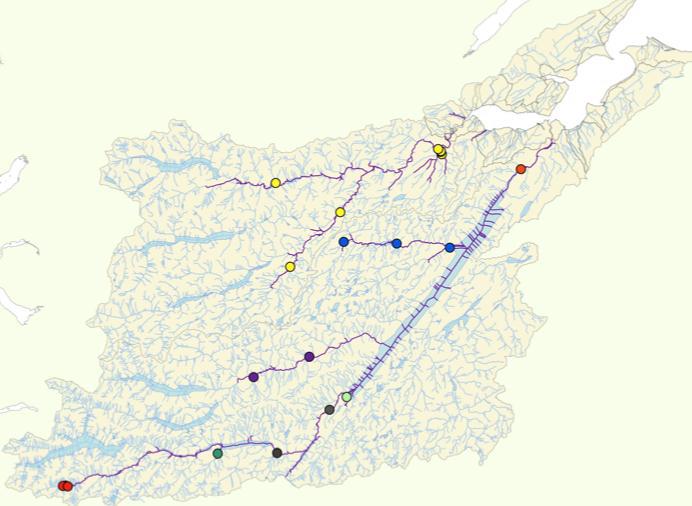 While the two systems, Ness and Beauly, could be readily distinguished from each other, there were clear differences in the levels and extent of genetic differentiation within each of these systems. Within-river differences were limited within the Beauly system while at least eight different genetic groups were identified within the Ness system. The levels of differentiation among these groups allowed for moderate to high levels of genetic assignment back to location of origin.

This signal allows for both river-level assignment, and assignment to several distinct groups within the Ness system. Such applications may be important in assigning rod-caught fish or in mixed-stock analysis. While the current genetic markers in some instances show weaker levels of genetic differentiation (e.g. within the River Beauly), this observation cannot be used to rule out the possibility of locally adapted traits being present within the system. This may be further clarified with the development and application of newer, more targeted, genetic markers.

The full Marine Scotland Science report can be viewed by clicking here.