The freshwater pearl mussel is important both in terms of it ecological significant and also the place it plays in our cultural heritage. The species is one of the world most critically endangered species and has the same conservation status as the panda. Its decline is thought to be due to a number of reasons including on-going illegal pearl fishing, pollution and river engineering.

A range of years classes of freshwater pearl mussels 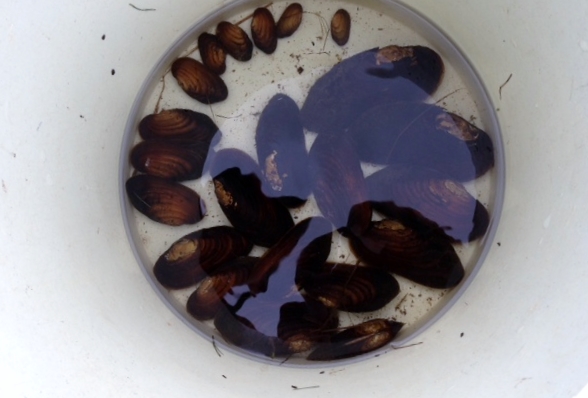 Pearl mussel can live for over 100 years in the gravels at the bottom of clean, fast-flowing rivers. They remain completely or partly buried in course sand or fine gravel. They feed by drawing in river water and filtering out fine particles. Each day an adult is able to filter around 50 litres of water per day, making them important to other species that require clean water, such as salmon and trout.

They mature at around 12 years of age and have a complex lifecycle. In early spring, sperm is released by the males, this is inhaled by the females via siphons. Larval sacs form on the gills of the female where the larvae, or ‘glochidia’, develop. Each female can produce up to 4 million glochidia and these are released in the early summer during one synchronised event. They are able to produce vast numbers of glochidia throughout there lifetime.

The glochidia are inhaled by young salmon or trout, during which time they attached to the gills of the fish. They live there over the winter period, without causing harm to the host fish,  before detaching and burying themselves in suitable substrates where they continue to grow. It is important to note that only 1% of the total glochidia released actually attaches to the gills and only 1% of the attached glochidia successfully survive in the gravels after dropping off.

The Lifecycle of the Freshwater Pearl Mussel 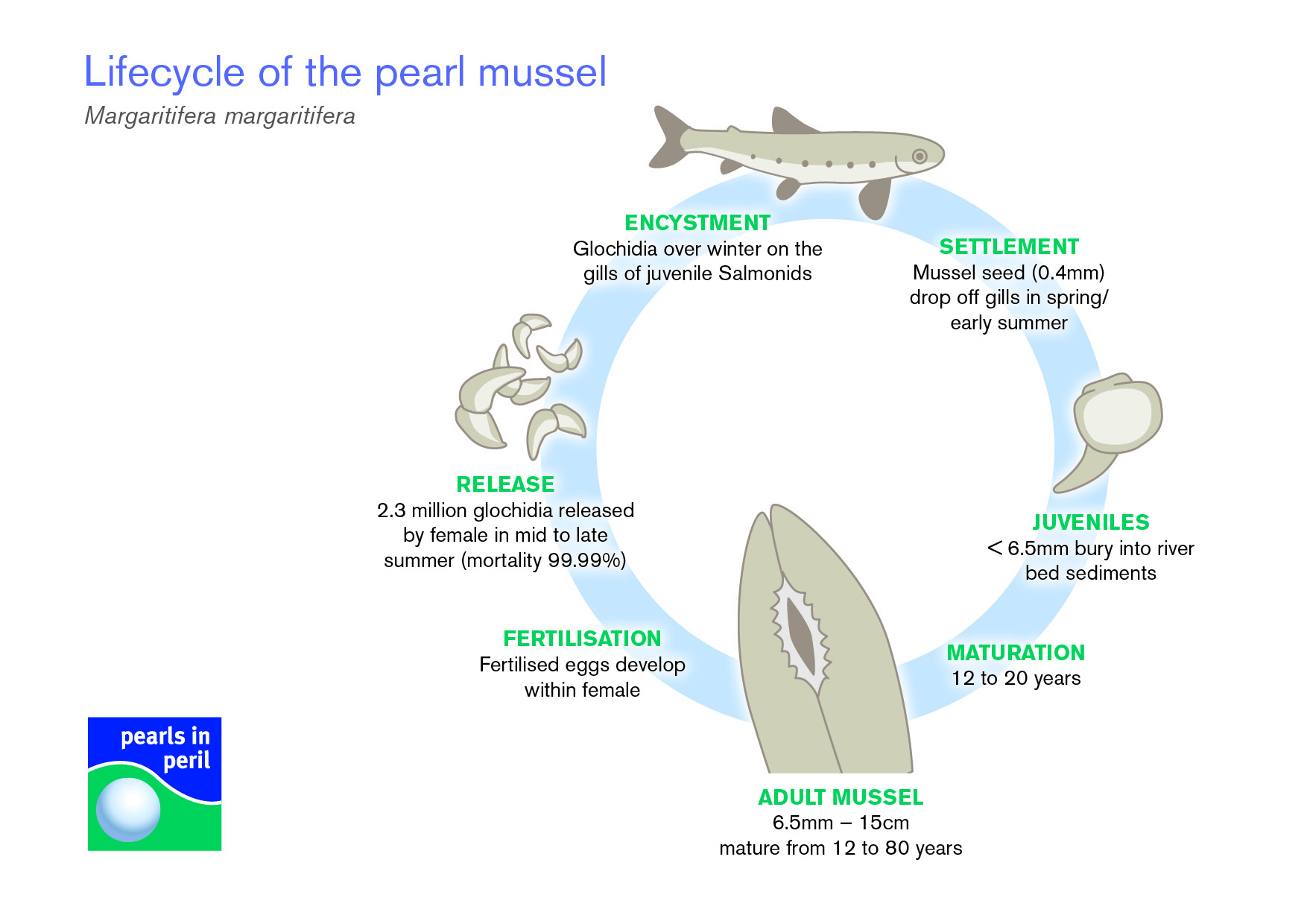