A partnership project between the Ness District Salmon Fishery Board, Ness and Beauly Fisheries Trust and Moray Firth Trout Initiative.

The Holm Burn was an important spawning and nursery area for salmon and sea trout. However, water abstraction, morphological alterations and barriers to fish migration have resulted in the condition of the Burn and its fish stocks becoming severely degraded. A compensation flow agreement is believed to be the key to the long-term restoration of the Holm Burn; however this is unlikely to be reached until at least 2016. A number of short-term actions are therefore being taken, specifically:

Significant progress was made towards the implementation of these actions in 2014. The weir in the grounds of Ness-side Estate was assessed using a coarse-level fish pass ability assessment protocol developed by SEPA, NIEA and the EA. The results of the assessment indicate that, despite modification in 2010, the structure is still largely impassable to fish. Options for addressing this issue are now being investigated. 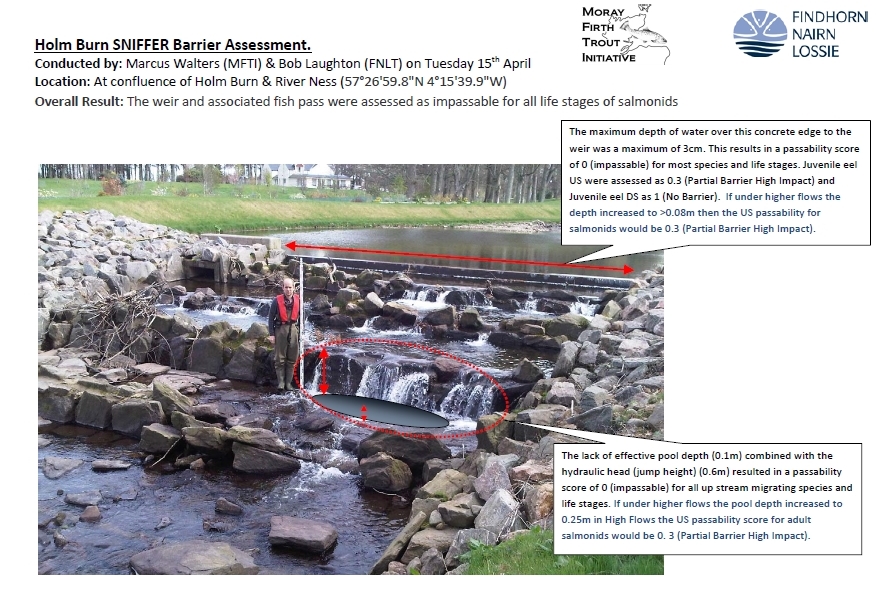 The relevant permissions have been secured to undertake a restoration stocking to ‘pump-prime’ the salmon populations in the Holm Burn. The primary aim of this operation will be to support the recovery of a self-sustaining salmon population at carrying capacity. Stocking will commence in Winter 2014 and be time limited to a maximum of three years.

Adult brood stock fish will be captured on the main stem of the River Ness, close to the mouth of the Holm Burn. The operation will be carried out as close to spawning as possible, with the fish being ‘stripped’ and eggs fertilised on the bank. Approximately 15,000 fertilised eggs will then be transferred into two separate bankside incubation boxes. These will act as an artificial spawning gravel and allow the fish to develop in as close to a natural environment as possible. 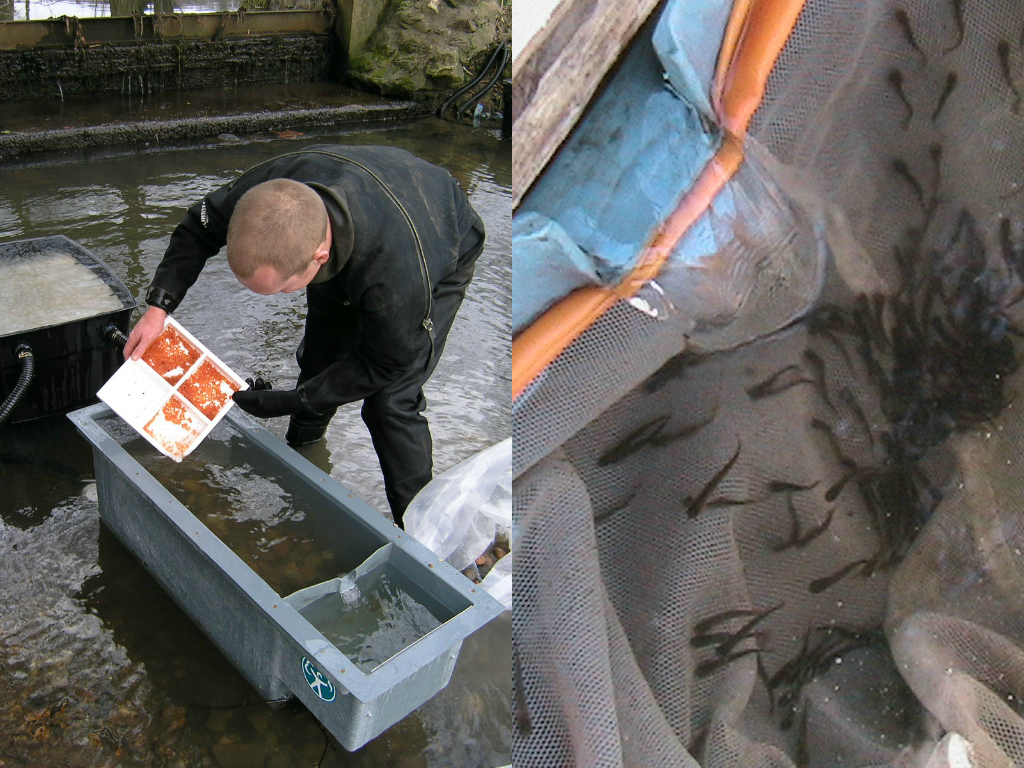 Once the fish hatch and subsequently ‘swim up’ they will be collected in a ‘catch tray’. They will then be stocked out as unfed fry at suitable locations along approximately 2km of the lower reaches of the Holm Burn below the second impassable weir under Holm Dell Road.

To mitigate against the effects of low flows, in-stream structures will be installed in 2015 to create deeper refuge areas and maintain a narrower low flow channel. The structures will also create more habitat diversity, excavating and cleaning spawning gravel and providing parr cover. Plans are already underway for the development of this component of the project.